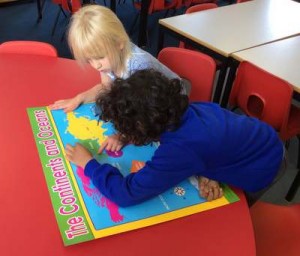 In Damers our main focus during Key Stage 1 is learning about the world, the United Kingdom and our local area. The children learn basic vocabulary relating to geography and begin to use skills to enhance their awareness of locations.

The children will learn about the world’s 7 continents and 5 oceans and learn to locate and identify the countries and capital cities of the UK. They will investigate the similarities and differences between their local area and a contrasting non-European country.

The children will focus on seasonal and weather patterns in the UK and investigate the location of hot and cold areas in the world in relation to the Equator and North and South Poles to incorporate native animals and their habitats.

The children will all learn to work with world maps, atlases and globes and use simple compass directions. They will also learn to use fieldwork to observe and measure using sketches, plans, graphs and digital technologies.

During Key Stage 2 the children extend their knowledge and understanding beyond the local area to include the United Kingdom, Europe and North and South America. This will include the location and characteristics of a range of the world’s most significant human and physical features. They develop their understanding and knowledge to improve their location and place knowledge.

The children learn to locate the world’s countries using maps and focus on Europe. They learn to name and locate counties and cities of the UK and identify physical characteristics, land use patterns and how these have changed

over time. They also learn to identify the position and significance of the Equator and Northern and Southern hemisphere.

Children in KS2 identify the similarities and differences of a region of the UK, a region in a European country and a region within North and South America. The children learn to describe and understand the physical aspects of rivers and mountains, thinking about the water cycle, land use and settlements.

During KS2 the children will also develop their use of maps, atlases, globes and digital/computer mapping to find locations. They will improve their ability to use a compass to include using the eight points. This will include grid references, symbols and keys. They also learn to use fieldwork to observe measure and record using sketch maps, plans, graphs and digital technologies. 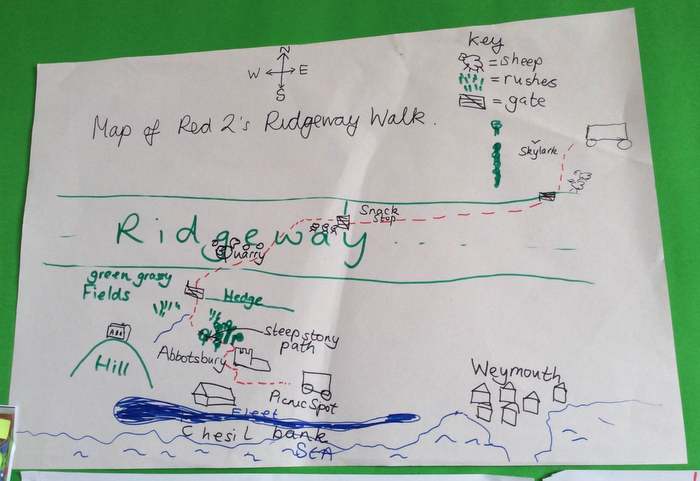